Smart cities should be Smart regions

Cities are not isolated entities with a mainly internal mobility. There is a lot of commuting between the city and its surrounding.

Gothenburg is the second-largest city in Sweden with a population of 550 000. 50,000 Gothenburg residents commute to neighboring places every day and more than 120,000 neighbors commute in for work, a large proportion of them in private cars.

That makes it obvious that mobility and public transportation must be planned on a regional basis, and also that the current system, based on fixed routes buses, trams and regional trains, is not efficient enough to replace a majority of private cars.

The CabiBUS service with shared, door-to-door and on demand trips up to 100 km (62 miles) will fill this gap in public transportation.

The electric CabiBUS with 6 passengers will reduce the traffic and its pollution with 83% when it replaces 6 fossil fuel private cars (or single passenger Robotaxis).

Self driving and electric, the cost will be so low so it can be a profitable public transportation. 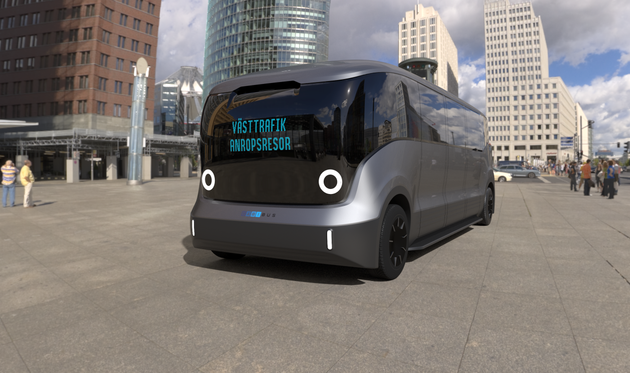 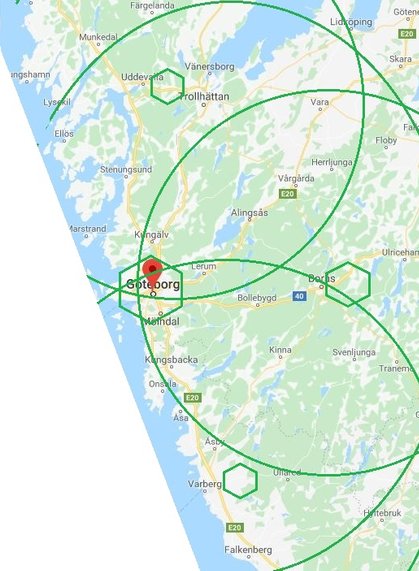 VÄSTTRAFIK       - is responsible for public transport in western Sweden

ANROPSRESOR  - is on demand trips

This is just an illustration, CabiBUS has no formal contacts with Västtrafik yet.